Cannes we catch up?

I’ve been reminded that my last post was in March. Yeah, well... life’s gotten to feel pretty ‘normal’ so I’ve not been doing well to recount the goings on here in the south of France. I guess that doesn’t bode well for me being able to actually keep up blogging, but time to get back at it. The question now is where to begin. There are multiple stories that I could tell and many pictures to follow any story. So I think the best approach is to let the photos tell most of it and maybe a few specific posts to recount the time.


Cannes has started to settle back down this week after the mayhem that is the Film Festival. All of the temporary structures that were built, all the screens on top of hotels, all the massive movie advertisements, etc are disappearing. I was only here for the very start and the very end of the 11 day event. The crowds were crazy and getting around the Croisette or anywhere near the Palais des Festivals (whether by foot or vehicle) was a pain in the ass so to be honest I was happy to leave for most of it. Not to mention that because my apartment is really a holiday rental it was rented out for one week of the festival for more than twice what I paid for the month.

I will say one thing that I did not expect was that as the festival goes on and there are tens of thousands of people in town for it life and all the regular tourism of Cannes very much continues as normal. I assumed that during the festival none of the cruise ships that come in each day would arrive, but no, every day the same ships and same crowds descended upon town. It was a constant mix of normal tourists, festival goers (film makers, buyers, etc), celebrities, paparazzi, and always folks dressed in gowns and tuxes at every hour of the day.


Now it’s calm here for a few days before the next big event begins - though nothing will match the film festival.


So what else has been going on?


Until the 6th of May French school was my daily routine. 9AM - 12PM each day, me and my American exchange student and Mexican teenager friends convened to learn a bit of French and have a few laughs. After 12 weeks of classes of course the question is ‘Jessie, can you speak French now?’ and the answer is most certainly ‘No!’.


I have learned a ton, I have loads in my head, and my comprehension is getting better; at this point it’s just a matter of practice and actually using it, listening, and learning more vocabulary. Maybe a short post in French one of these days. When I was in Spain last week I found that my first response was pretty much always French so I guess that means something is sinking in - or my brain was just incredibly confused!


When not in class I continued to explore the area, took a few side trips, showed visitors my favorite spots along the coast, and as of recent I find myself spending a lot of time on the balcony enjoying the sunshine, working on my tan, and watching the world go by. It’s never boring watching the world below as Cannes continues to set itself up for the fast approaching busy summer months. 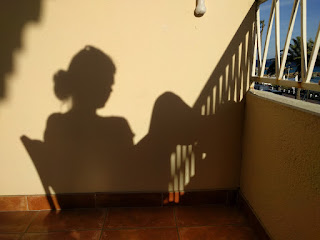 I do find it fascinating to watch the construction and deconstruction in this town. In most cases just as quickly as the signage, structures, tents, Ninja Warrior courses (yes, there was French Ninja Warrior here), etc go up they come down immediately following whatever their one night or few days of purpose was. Beyond events at the Palais there’s the summer season. The beaches are prepped, new piers built for rows of sun loungers, restaurants readied, and shops resupplied to suit the needs of summer sunshine seekers. I hear that July and August are absolutely madness around here with so many people on their holidays. Most people that I know prefer to not be here in the height of summer. So it does suit me just fine that the current plans have me leaving here at the end of June.


The plans after June are still a bit fuzzy - hopefully in a few weeks I’ll have a better answer to folks here who want to know whether I’m staying, am I getting a job, and every variant of ‘how long can you keep this up for, are you ever coming back?’ from those back in San Francisco.


Until then I have a few things on my agenda as to not keep idle for too long. I’m looking forward to more visitors arriving which will lead to many more adventures here, Italy, Spain, and Germany (as the current plans read). For now, here are some photos from the last little while… 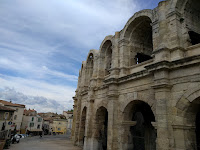 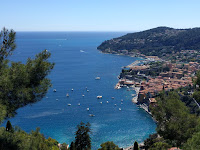